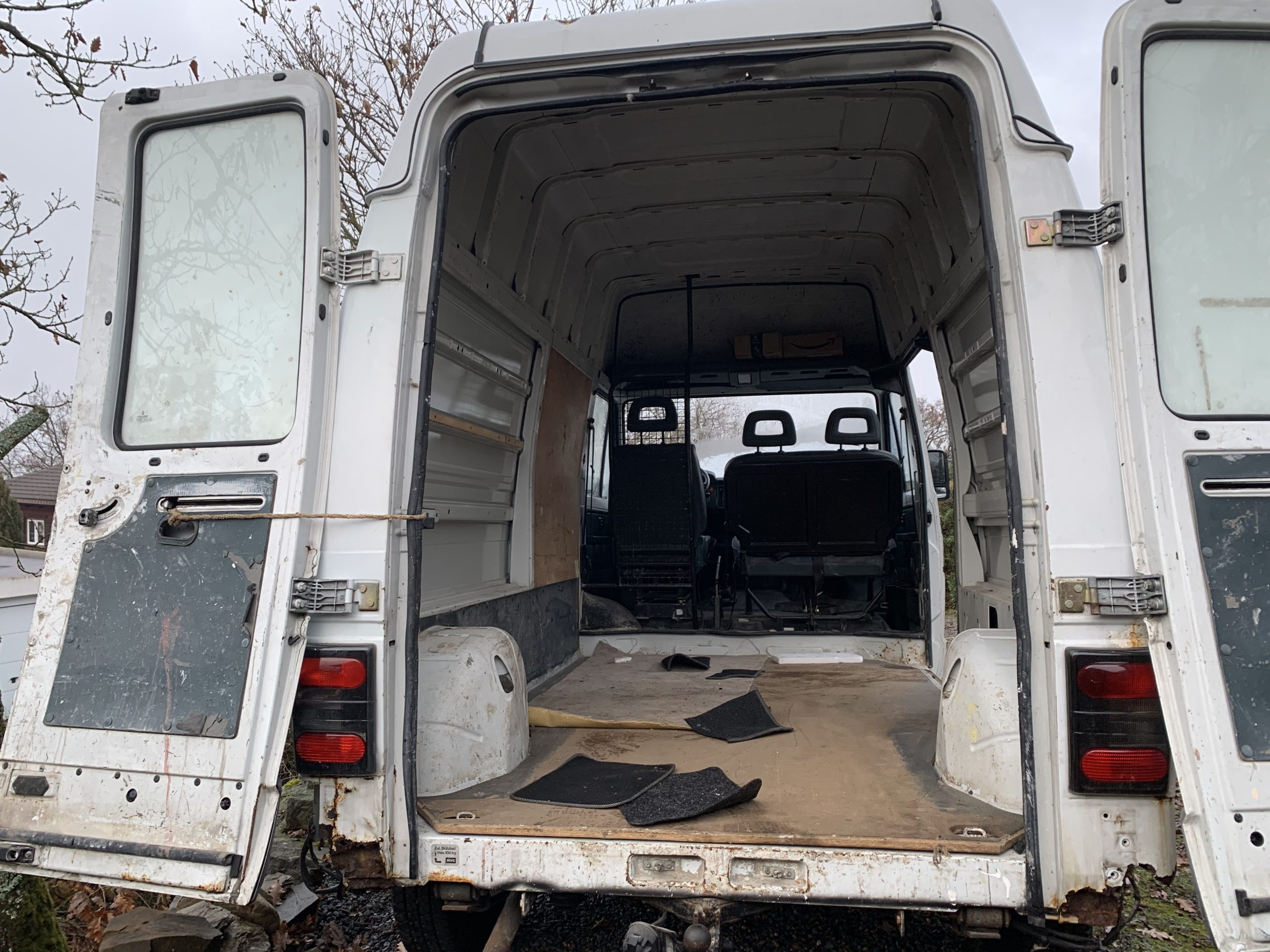 Yes! I bought a van…

“First things don’t happen and second things don’t happen” is the mantra of this purchase. So what didn’t go according that plan, or rather, why did I deviate from it?
We briefly recall my original idea
and here are the deviations:
-Not a classic car but still old (built in 1996). [Apart from the red sticker which denies me some city passes in Germany, this is not a big disadvantage].

So everything doesn’t sound so bad, and it isn’t. However, I have to make the biggest cut in the floor plan. Yes, I wanted the van to be suitable for everyday use, and it is, but with interior dimensions of max. 2.78 m x 1.66 m and min. 2.51 m x 1.32 m, the available space is much smaller than originally assumed. So we need a new floor plan. Among other things, the fixed shower will probably be omitted and also the 140×200 bed will be smaller.

But now it’s time for preparation! There is a lot of rust that needs to be removed. And so the first weeks of the conversion are dominated by grinding, welding, hammering and spackling. The main goal is to get the car through the TÜV and then it is time for the conversion.

The 3D floor plan, or the new ideas about it will come in the next article….